Balusters can be installed 2 per tread or 3 per tread

Local building codes may define the required number of balusters per tread, but they would definitely define the allowed space between the balusters.

In most areas the building code requires that a 4″ sphere cannot fit between two balusters at any point. This is for safety. A four inch sphere is smaller than a small child’s head and if the rule is followed, will prevent a child from getting their head lodged between two balusters or climbing through. 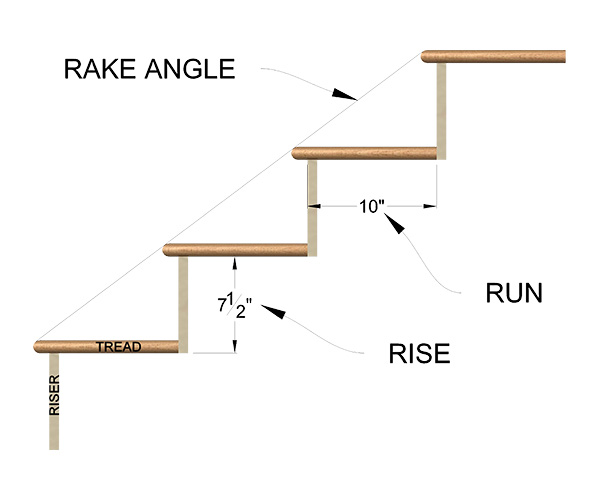 FORMULA: Rise divided by the number of Balusters per Tread.

2 Balusters per Tread: Each baluster should be half of the riser height longer than the previous baluster per tread.

3 Balusters per Tread: Each baluster should be one third of the riser height longer than the previous baluster per tread.

Providing your balusters do not have any sections smaller than ½“, either in diameter or square, 4 ½” on center will prevent a 4″ sphere to pass through any section of any two balusters.

Always order at least one extra baluster to keep on hand; The styles may slightly change over time and it is always harder to match existing styles with styles that suppliers may have adopted since your original order.

It is always much more expensive to custom turn a baluster in order to match an older baluster e.g. $200 or $300 per baluster vs what it costs per baluster now. 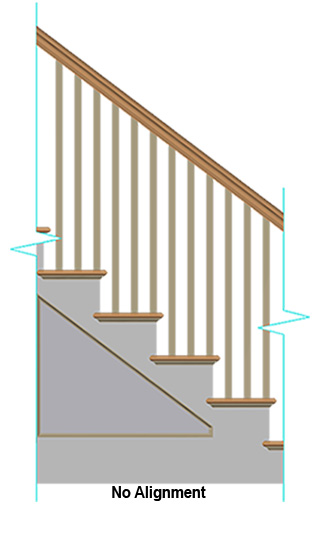 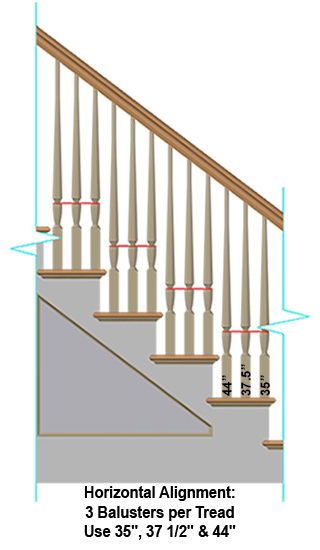 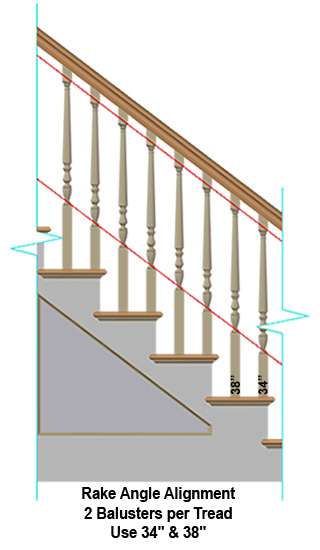 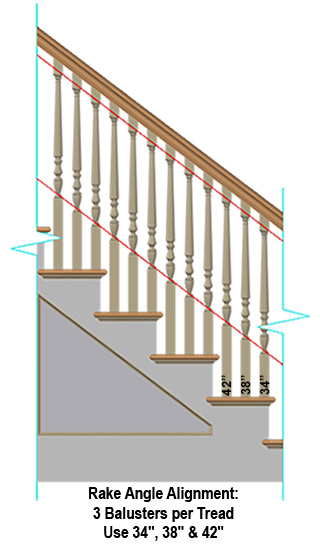 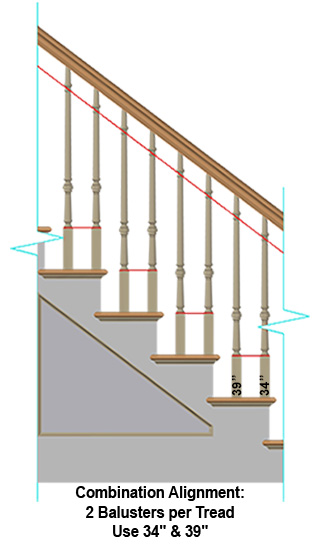 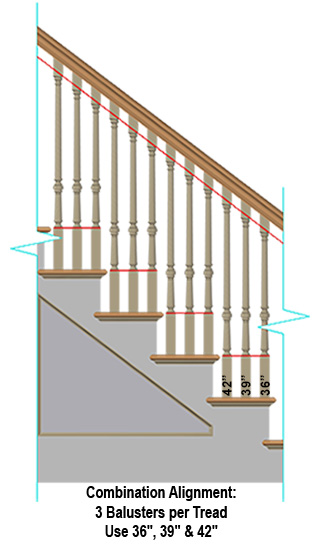